Use Technology to your Advantage

Manufacturing has been left behind in the adoption of digital transformation seen in the Engineering space. Many industries rely on old, error-prone methods of translating design intent into work instruction. Though product engineering and design have improved substantially through Model Based Engineering’s comprehensive use of Computer Aided Design and Product Lifecycle Management, similar gains in efficiency, quality and safety have not reached the shop floor.

Identify and demonstrate technologies and methods that will deliver intuitive and reliable product design intent efficiently to the supply chain and the shop floor. Identify performance criteria for enabling technologies and remaining barriers that must be overcome.

Naval Shipbuilding is used as an instructive example of an industry on the cusp of a digital transformation in manufacturing. Shipbuilding has a problematic but illustrative mix of manufacturing characteristics. One on hand it has many repetitive product line characteristics of discrete manufacturing, but is ultimately a series of job shop operations similar to the on-site projects of the Architectural, Engineering and Construction (AEC) industries.

The Model Based Production project investigates how the evolution of Engineering Models into Planning Models can be extended to the shop floor with a Product Model that feeds an new generation of Augmented Reality tools. The project focuses on three challenges:

Going "paperless" has been an accepted paradigm in the office because computer screens offered an acceptable alternative for information delivery. Only recently Augmented Reality has offered a shop floor/work site alternative. Although development in AR and underlying, enabling technologies continues at a frenzied pace, general acceptance and application has lagged. Mainstream adoption in consumer markets, academia or industry is slow becasue AR is (1) a dramatic paradigm shift for the user and (2) depends upon a complex mix of emerging technologies to really be useful.

Isolate and evaluate the dominant manufacturing use cases that should drive development and implementation of industrial AR technologies. Demonstrate successful use of digital content and AR tools in the shop/work site environment.

This project establishes a framework for the development of Augmented Reality tools to be used in manufacturing. It identifies and analyzes the primary use case types for AR Work Instruction in the Naval Shipbuilding as the reference industry. From these use case types Key Performance Indicators (KPI) and Critical Functional Classes (CFC) are derived.

Accuracy
Accuracy is a measure of how precisely the AR function performs. In some cases, such as Object Placement, accuracy is literally the tolerance of a virtual object’s location and orientation relative to the digital model and relative to reality. In other cases, it is less quantifiable. The accuracy of Light Estimation is based on the user’s perception of a virtual object as real.
Content

Content is a meausure of the maturity of digital transformation. AR is absolutely dependent on digital data either in raw, original form, or as a scanned point cloud. The availability and quality of this content has a huge influence upon the value of AR tools.

Robustness
Robustness is a measure of system flexiblity or fault-tolerance. This measure varies broadly over the different functions. For example in some cases robustness is gauged by how gracefully the system deals with network latency, while in others it’s a measure of performance in variable environmental lighting conditions.

Digital models are commonly used in virtually every phase of the product lifecycle including development, deployment and utilization. The emergence of numerous enabling technologies such as cloud computing, mobile computing and the Internet of Things (IoT) gives rise to the vision of uniting previously isolated, domain specific models into interconnected Digital Twins (DT). The DT vision is powerful and technically within our grasp, but crossing disjointed disciplines is difficult where industry standards and commonality of purpose is often lacking.

Using American Naval Shipbuilding as a manufacturing benchmark, analyze the capabilities and maturity of current industry digital transformation, and assess the work remaining to achieve the DT vision. Identify the major business, technology and social barriers to realizing the DT vision in manufacturing industries and propose investment strategies to navigate and ultimately overcome them.

The project deconstructs the classical phases of ship design, construction and utilization into broad use case classes. The project evaluates the current state of digital transformation in each use case and assesses the readiness for DT emergence. Identified gaps are characterized and assessed according to the technical, technological, financial, schedule, workforce safety and social risks they represent.

Considering the rapid pace of development, the probability of DT gaps being closed by emerging enabling technologies is assessed and factored into proposed investment and development strategic tools. Technologies evaluated include:

Modeling and Simulation
Enanced tools for digital replication of physical entities and logical processes used to create the foundation of the Digital Twin representation.
Reality Capture 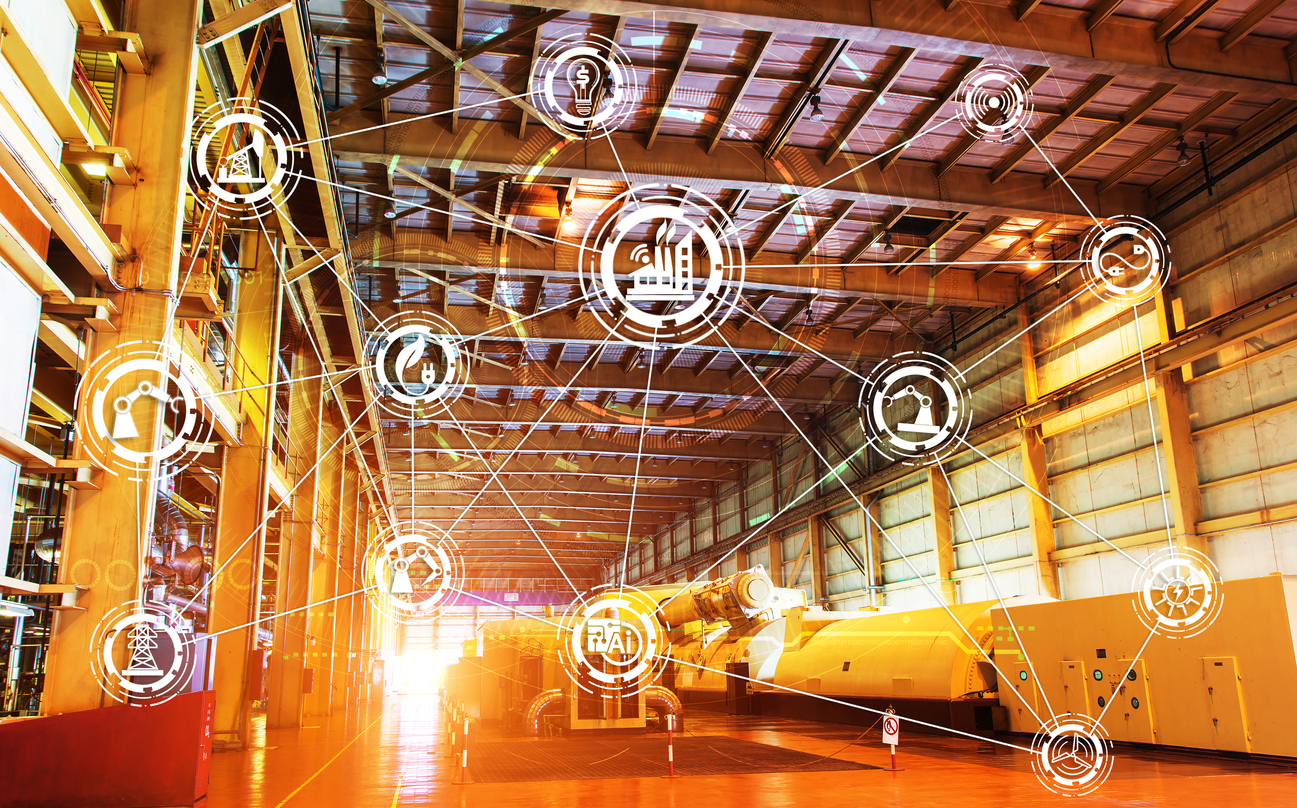 The convergence of data and data infrastructures throughout the product lifecycle is a foundation of the Industry 4.0 vision. With the emergence of mobile computing, smart machines connected by IoT and Extended Reality applications, data about a company’s business, its operations, and the performance of its products and customers can merge. Many manufacturers, particularly in the defense sectors, are poorly positioned to take advantage of this fundamental paradigm shift. Due to rigid organizational structures, obsolete data management technologies and adversarial customer relationships some industry segments are poised for upheaval. Successful companies will re-invent themselves to master the advantages of Industry 4.0 while others will slowly wind down without understanding why their fortunes failed.

Analyze fundamental characteristics of OT/IT Convergence in industries adjacent to defense sector manufacturing to identify critical benefits and barriers to the digital transformation. Contrast the experience of transforming industries with the current state of digital data utilization in the American shipbuilding industries. Convert these observations into conclusions on strategic transformation roadmaps for companies whose legacy business model is losing relevancy and competitiveness.

Defense sector manufacturing has some unique characteristics that distinguish it from commercial industries. Businesses in the defense sector often operate in a protected niche without normal free market pressures to innovate and improve to succeed. Without market forces to rely on, the government customer often introduces competition in a hierarchical manner that stresses manufacturers, rarely actually reduces cost. Industry has learned the wrong lessons from these efforts and tend to be more entrenched in old, confrontational and often litigious behavior with their customer. At present there is no mechanism nor incentive for much of the defense manufacturing industry to embrace an Industry 4.0 paradigm.

As a protected industry, the government has the responsibility to create a healthier business environment to promote a digital transformation within its industrial base. Although government intervention in these markets has been heavy-handed and full of unintended consequences, it may be instructive to research the efforts of the National Aeronautics and Space Administration (NASA) to foster cost reduction and innovation.

In addition to the government, industry must learn to change behavior. Businesses dependent on the defense sector tend to be insular and have neither executive nor middle management expertise to alter their company’s behavior. Industry leaders need to look outside their ranks for colleagues who know what is possible and have a firm vision of success through innovation, specifically digital transformation. The industry has reached an inflection point where knowledge of modern manufacturing (the potential of Industry 4.0) is more important than the specific knowledge of their specific vertical. 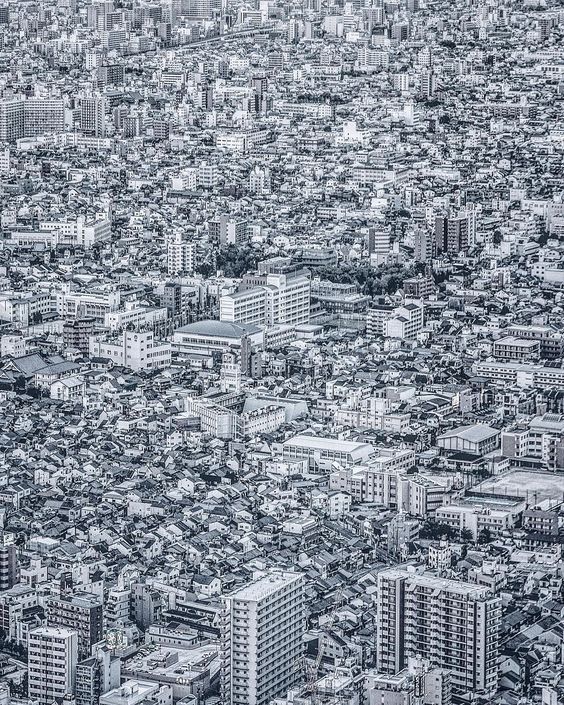 With the exponential growth of connectivity among smart devices and machines, manufacturing operations have increasingly crossed a complexity threshold. This is critically important for managing such businesses as complex systems behave in a manner that is fundamentally different than complicated systems. Using the legacy management tools on complex processes will lead to a loss of control and the perception of chaos.

Complex systems also have numerous components, but the pieces are tightly coupled with strong interdependence that yields emergent, unanticipated behavior over time. Driven by feedback loops of varying strengths, complex systems often exhibit counterintuitive response to change. In addition, the behavior is time dependent with near term results different from long terms. Ultimately, cause and effect are separated by time and space and are difficult to correlate.

Utilize System Dynamics principles developed by developed by MIT Prof. Emeritus Jay W. Forrester to model complex systems and predict their behavior under changing conditions. Use the System Dynamics model to determine the structure of the system, identify leverage points in the system and predict the effect of system change on system behavior over time. Develop a methodology to determine when a complicated system has evolved into a complex system.

Naval shipbuilding is a complex, somewhat unique operation. The ships, themselves, are highly integral by design with little margin for flexibility. The manufacturing process is labor intensive and occurs over a long period of time in numerous different facilities and by many different trades. In spite of the distances in time and space, the manufacturing operations are highly interdependent and actions early in the process have a strong influence on work required downstream when labor is most difficult and expensive.

The process is further complicated when considered over the course of an entire class of ships. Although nominally common, each ship has significant changes and upgrades that introduces a large degree of instability into the build plan ship to ship.

The operations of a naval shipyard will be modeled and validated against historical actuals. A series of proposed upgrades to processes, the facilities and the work force will be simulated to determine the effectiveness of the proposals and the effect of change sequencing.